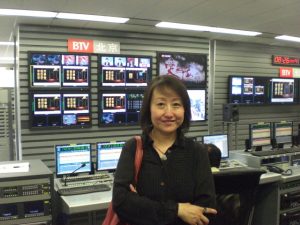 My name is Su Yang, I’m a Chinese voice artist and Chinese voiceovers talent.
I have worked on more than 200 movies, videos, podcasts and Chinese voice-overs.
Contact me if you need the perfect Mandarin Chinese voice for your Projects
For fourteen years I was a famous Radio Announcer for China Radio International, Beijing China.
China Radio International appointed me to be the announcer for the return of Hong Kong to China, live, and broadcast to billions of people around the world. Based on my experience, education, and the billions of listeners that have been fans of my radio shows, I am among the top 1% of Chinese voice over artists in the world.
Now I’m in the U.S. and offer my Mandarin Chinese Voice Overs services to you. If you need the best quality Mandarin Chinese voice artist please contact me for Chinese female voice over service.
.
Some of my recent clients include: Samsung, Dupont, PG&E, Lululemon, TransPerfect, Marc Graue Recording Studios…
Click on image below to hear voice over samples

Lululemon Yoga Clothing Stores. I made 14 Mandarin Chinese voice over podcasts for their Yoga training classes, introducing their company. Click to hear a sample. Lululemon chose me from hundreds of other voice over artists.
Click on image below to hear Microsoft Office Tutorial Voice Overs I made for a for U.S. medical company selling their products to China. For rates please contact me to discuss your project.
I’ll give you an estimate on your project, or you can let me know your budget.
Voice Overs
eBooks
TV commercials
Recorded messages
Company introductions
Training manuals
Cartoons
Public service announcements
Movies
Games
News
You can contact me for any project that you need perfect spoken Mandarin Chinese language skills. Su Yang at her desk at China Radio International, Beijing,
where she worked as Chinese language announcer and reporter fourteen years. 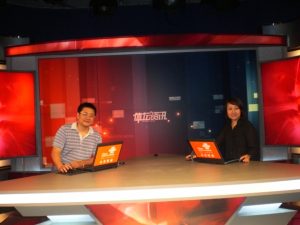 Su Yang at CRI China Radio International (one of the largest Radio Networks in the world) Beijing China, and on the BTV (Beijing TV) set.

I am a Graduate of the Communication University of China, Broadcasting degree. Announcer, Reporter, Host, for China Radio International Mandarin Chinese broadcasts.
I provided the Chinese language news feeds directly from the Chinese government in Beijing to radio stations around the world.
CRI is one of the largest radio networks in the world.
I presided over: China News, China Tourism, Chinese Opera, China Sports, Chinese Music, and I wrote radio shows for today’s topics.

I did the very popular radio series for the China radio and television series on food, and sports.
I made many commercials and voice overs for companies such as: Beijing International Airport, Beijing Railway stations, Medical companies, Technology companies, telecom, and many private and government agencies in China. I worked on more than 60 Chinese and foreign TV and movie projects, dubbing and voice overs.

One of the largest events that I did was when I was appointed to announce the news world-wide of the return of Hong Kong to China. My live announcement was broadcast to billions of people around the world.

Some of my recording jobs include: 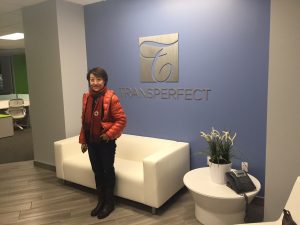 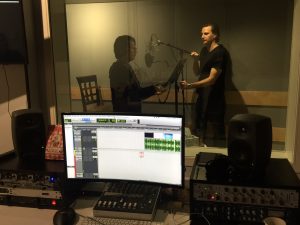 TransPerfect
Su Yang has done many voice over projects for TransPerfect Corporation.
TransPerfect has over 5,000 linguist and project management staff, and over 4,600 employees throughout North America, Europe, and Asia
Marc Graue recording studios,
where Su Yang recorded the Chinese Mandarin voice over for Pacific Gas & Electric. 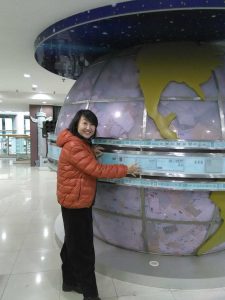 Su Yang at the Beijing office of China Radio International, looking at fan mail from all over the world.

With China Radio and TV classmates, at the Beijing TV station. Many of Su Yang’s classmates are now leaders of China TV and Radio.

I can help you with all your Chinese voice needs, such as: